After 13 years of doing publicity for Newport Playgoers I’m moving on to pastures new. I’ve written millions of words and taken hundreds of photos to promote Playgoers’ productions and enjoyed every minute. Now it’s time to hand over to someone new. Anyone looking for news of NPS productions can find it at dolmantheatre.co.uk.

It launched Dustin Hoffman’s career and was one of the most iconic films of the ‘60s. Now ‘The Graduate’ is coming to Newport’s Dolman Theatre.

Audiences can follow the disastrous sexual odyssey of Benjamin Braddock as he is initiated into sex by the woman he always addresses as Mrs Robinson.

She is a middle-aged married woman with a drink problem, who also happens to be a friend of his parents.

They pressure him to date a girl of his own age and complications arise when the girl is none other than Mrs. Robinson’s daughter Elaine.

A sparkling satire on middle class, aspiring America, the play offers a fascinating take on the expectations of parents and the reflected glory of designer offspring. 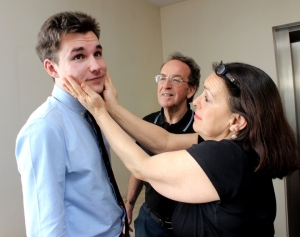 Before Sarah Lund and Saga Noren there was Helene Alving in ‘Ghosts’, a play being presented by Newport Playgoers at the Dolman Theatre.

In this brooding tale of suppressed Scandinavian sexuality, Helene is a woman who has spent her life suspended in an emotional void after the death of her cruel but outwardly charming husband. 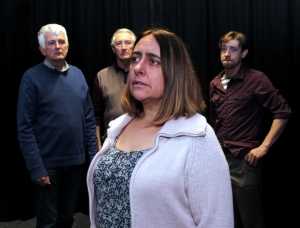 She is determined to escape the ghosts of her past by telling her son, Oswald, the truth about his philandering father.

But on his return from his life as a painter in Paris, Oswald reveals how he has inherited the legacy of his father’s dissolute life and is being destroyed by syphilis.

This tale of family relations, malicious infections and distorted Victorian morals was considered shockingly indecent when it premiered in 1882.

“The ghosts in Ibsen’s great play are not spirits but the dead ideas and customs that we inherit and find it almost impossible to escape,” she said. 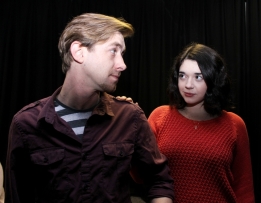